What is Acid Rain?

The rain which contains a quantity of nitric and sulfuric acid in it is called Acid Rain. Beside acid rain nitric and sulfuric acid are also present in snow and fog. Whether the acid is falling to the earth by rain or snow or in air through the fog the dangerous effects remain the same. Moreover, the presence of Sulfur dioxide and nitrogen oxides up to an abnormal level in any sort of precipitate or dust particle makes it an acid rain. United States, Europe, and China are very much affected by Acid rain. 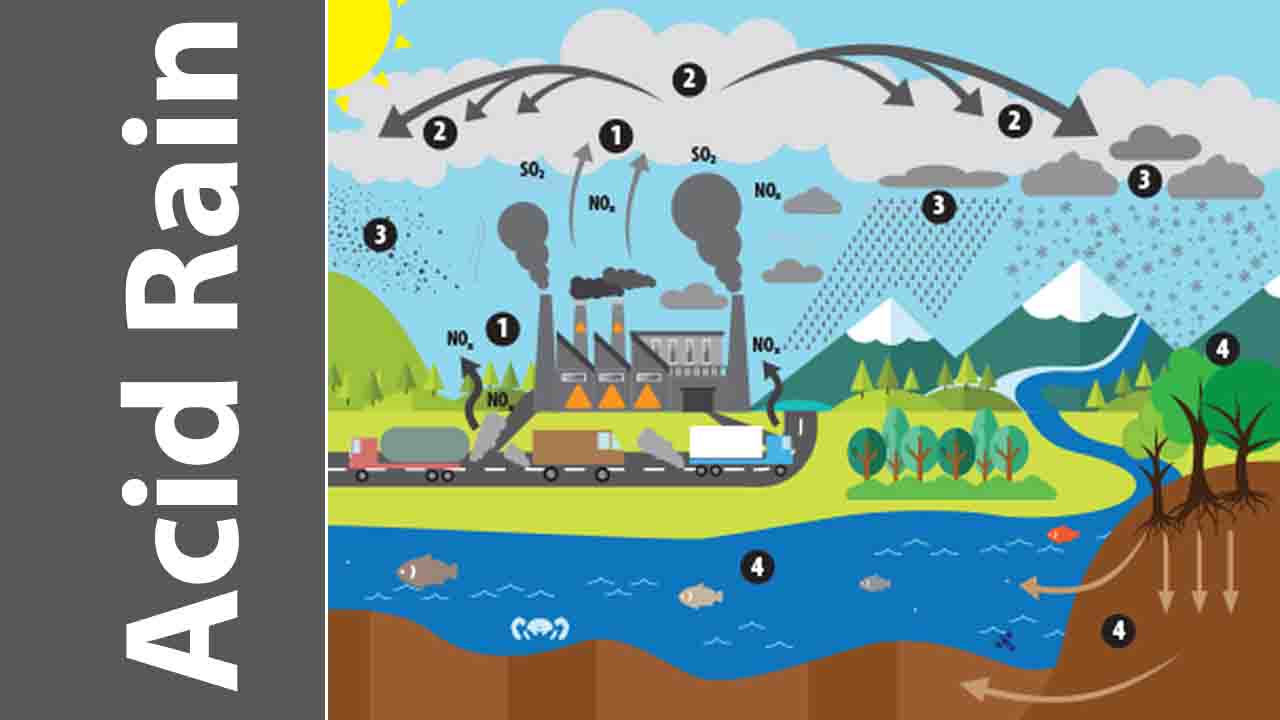 The direct and major victim of Acid rain is the groundwater the PH and chemical balance of groundwater is badly affected by acid rains. Rainwater produces an excess amount of aluminium which makes the aquatic environment toxic and polluted. The imbalance of water created by acid rain is bear by few animals which may survive for a while but due to the loss of food by the same curse acid rain the weaker ones among them die off soon. On the other species which didn’t withstand the chemical imbalance die quickly. The rock scaling microbial and invertebrate herbivores lose habitation and die due to the increased in the growth of Algae by acid rain.

Acid rains not only damage plants and animals but also humans become its victims. It is very dangerous for human beings. The respiratory system of humans is seriously damaged by sulfate and nitrate particles present in the acid rain by inhaling deeply. These particles also affect directly the soil and water pH balances. According to recent research the chronic conditions, such as asthma and bronchitis, are rapidly increasing in people who are regularly exposed to acid rain.

Peoples leaving in the areas which are directly affected by acid rain faces the problem of car paints of their cars very much and those who have an expensive paint job on their cars think twice to travel these areas. Damages to automobile paint and surface corrosion are caused by the excess of Sulfur dioxide and nitrogen oxides in acid rain.The Automobile paint coating manufacturers are trying day and night to develop a protective coating layer that prevents expensive cars from acid rain corrosion.

To stops the harmful and deadly effects of acid rain on the environment the only way is prevention. Pollution is the main cause of Acid rain. Naturally during a volcanic eruption polluted harmful gases are released into the air, but it is a rare phenomenon and its major cause is the excess nitric and sulfuric acid in the environment which is man made pollution.