A few years back the concept of using cell phones was to stay in touch with friends and family. It was a tool considered as a necessity of life. Now the time has changed so as the way of thinking. Now the cell phones have transferred as luxurious for people. They are not only using the cell phones for their need but apart from that cell phones and mainly the internet are being used for social media conversations, chats and stay up to date with latest trends, etc. Now cell phones have turned into mini-computers which you can easily carry on your pockets. All of the tasks can easily be performed by a cell phone which people used to perform it by using a computer or a laptop. Now smartphones are coming into different styles and sizes. People prefer to have large and best display sizes for their smartphones. Today in this article we will also differentiate two different types of display screens of smartphones they are AMOLED Vs OLED.  We will also highlight why Amoled vs Oled or Oled vs Amoled is better. The abbreviation of AMOLED is Active Matrix Organic Light Emitting Diode. Mostly these type of display screens is mainly used for platforms that contain large screens. This mainly contains the TFT this is the capacitor of storage. It has the same principals just like the display of OLED. There is no such limit of display screens used in Amoled. The power consumption of Amoled is very less as compared to other display screens.

Advantages and Disadvantages of Amoled

The following are some of the advantages of Amoled are mentioned as under.

Organic Light Emitting Diode is the full form of OLED. The OLED has the display of LED that is mainly comprised of organic material. It helps in emitting the light when current is passing through it. Rich and vibrant colors are displayed from this screen. Well, the LED is smaller in size as compared to other screens, it is relatively thin and flexible. Less power is consumed even when the dark colors are being illustrated. The OLED is used in many things like cresting displays for television screens. For computer monitor screens it is commonly used, screens of smartphones are also beings made of OLED. For bendable and transparent lighting as well as for wallpapers these are mainly used.

Advantages and Disadvantages of Oled

Have a look at some of the common advantages of OLED

Some of the disadvantages of this OLED are as under.

As we have observed AMOLED vs OLED screens and we have observed that AMOLED is much better than OLED in terms of having good advantages as compared to OLED. The disadvantages of OLED are major and AMOLED has more points of satisfaction. 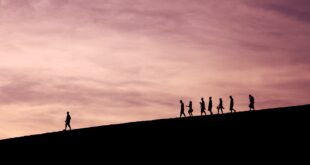